I’ve been avoiding this topic as long as I possibly could, but we should finally have this conversation. Are you ready? 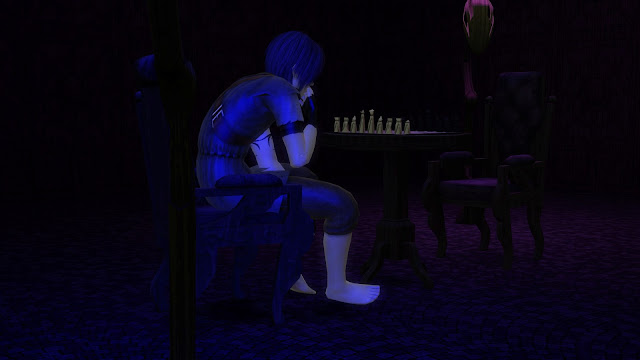 Your creation.
Pretty intense, no?
It was intense. It was the hardest fight I had ever participated in.
The most traumatic fight I would ever witness, too.
It was a fight we barely won and our victory granted you your world.
The Nine and Torig had been training for ages it seemed for this very fight, myself included.
We lost so many that day. 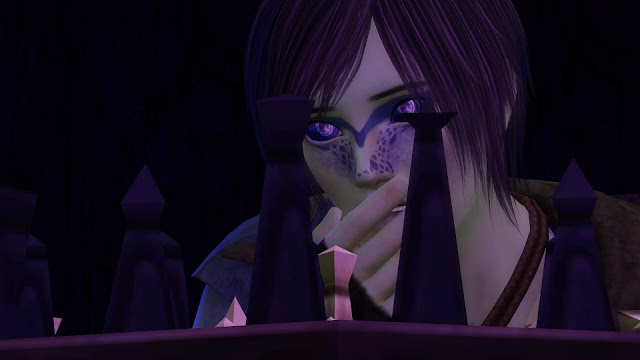 Members of the Nine were falling injured left and right; Adriel and Icnuna were almost completely expended on their capabilities of keeping everyone up and in the fight… yet the empties just kept coming.
It was endless.
I had figured the fight would be a slow victory for us, but a victory for sure. While the empties kept coming, they were not challenging to take out.
That was, until they all started merging together. 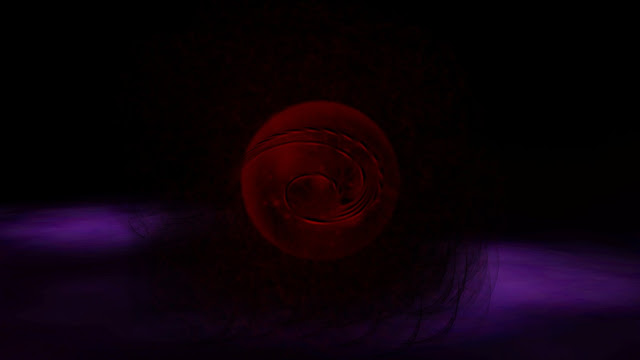 It was possibly the most disgusting and horrific thing I had ever seen.
Suddenly there weren’t dozens of empties, but just one giant one.
Torig had moved to keep them stomped out, but another formed, and another.
They were persistent and nearly impossible to be rid of. 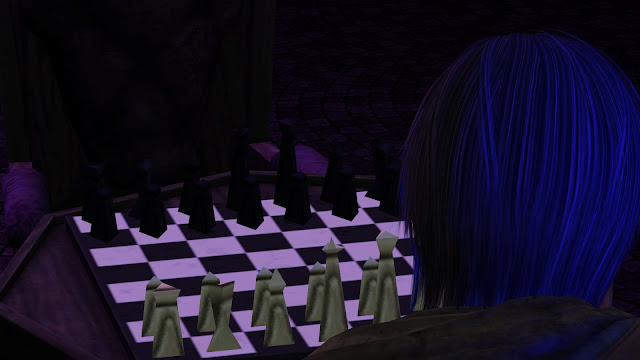 The battle strategy had to change in order to keep up with them. We needed more people on the front line.
The formations had been very important - I was meant to stay with Adriel and Myra. Myra could not fight; Adriel could, but she didn’t have the Caldúath - that was with Theran. Not to mention, I’m pretty sure without Adriel mending others that we would’ve all fallen a lot sooner.
My orders were given to me by Theran, and they were very simple:
Stay with Adriel. Keep her safe at all costs. 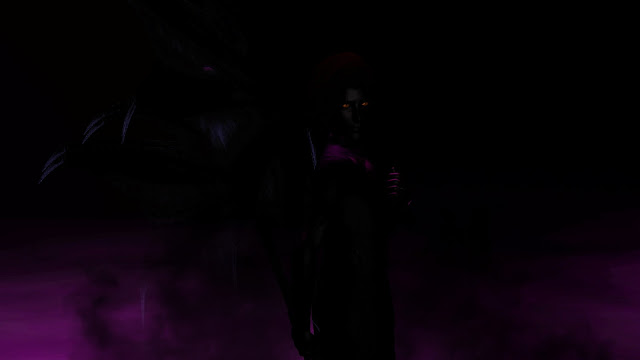 Myra is always with Adriel, so it wasn’t hard for me to be invested in my task.
The battle had turned against us when the empties started combining themselves. I had no choice. I had to be pulled forward to the front lines.
Myra had cried for me.
Then the worst came to be. 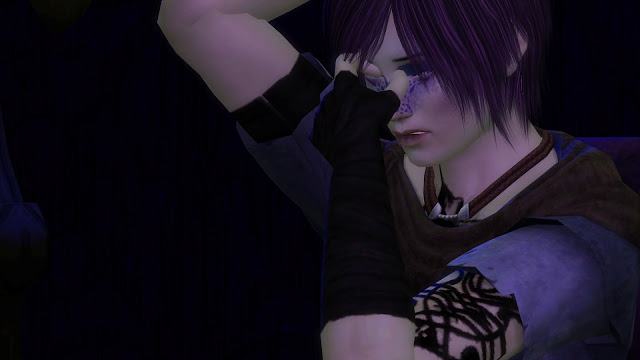 I’m sorry, it’s… a lot to ask me to talk about. Just give me a moment to gather my own composure.
The empties were getting smarter, you see - or perhaps we were just very unlucky. A group had formed up behind Torig, who turned to put them out and it was in that moment that we nearly lost everything.
Torig’s eyes being turned away from the center of the battlefield allowed another group to form - right next to Adriel and Myra.
Theran reacted in a way he had never before during a fight.
He panicked.
Neither of us could’ve made it to them in time, so he threw the Caldúath to Adriel so that she might defend herself. 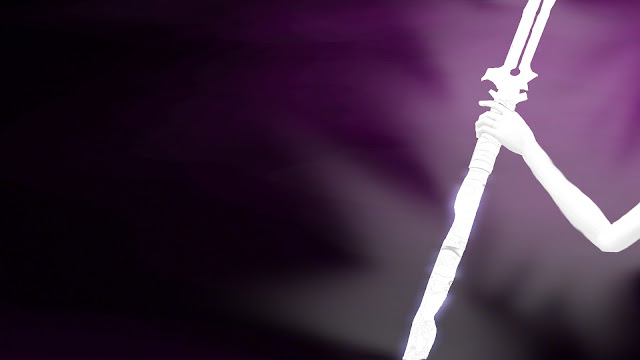 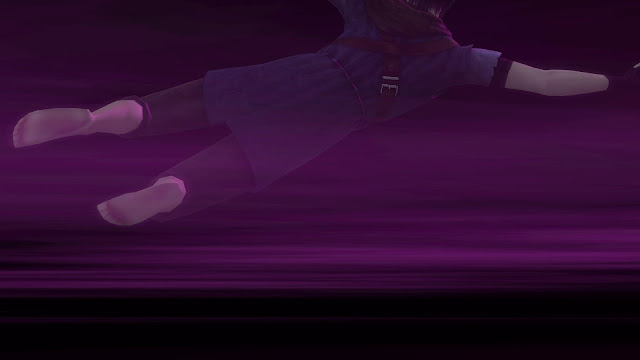 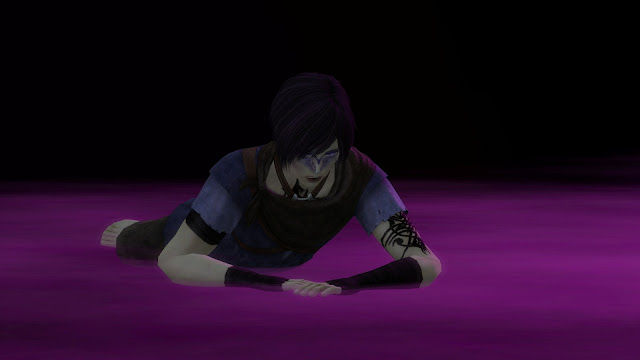 I had been flung across the field.
Everything after that was hazy. I’ve gone back to the battlefield so many times searching for understanding - trying to watch it all unfold. When you cannot see yourself or your other half during your travels back through the time web, it makes it hard to gain any clarity.
I know what happened only from the stories of others who were there there.
It’s not enough. 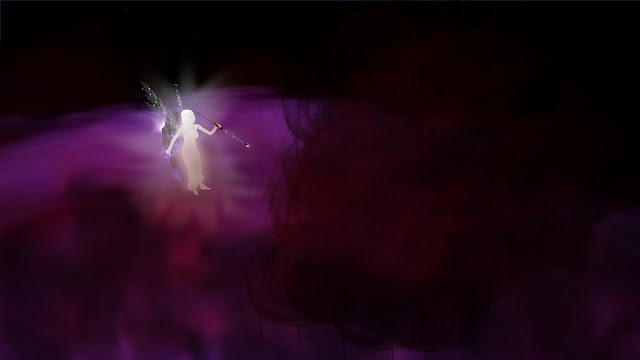 There was way too much going on - too much chaos. Adriel had a grip on my Myra to keep her from running to me through the battlefield. With her other hand she attempted to stave off the enemy that was hitting hard against her weapon.
Torig’s gaze was shifting again, yet another horde formed a monstrous beast that kept Torig’s attention away.
Adriel had to lunge to make the most of the attack, but she was off balance. 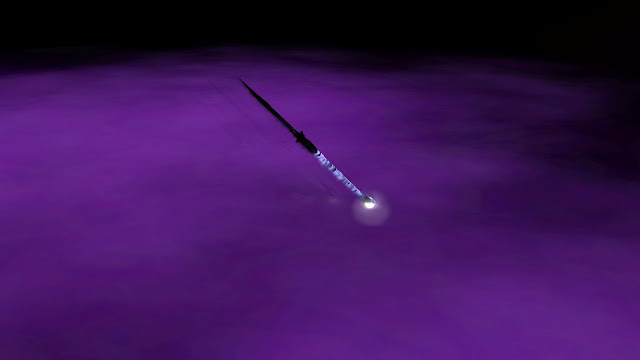 She had killed the beast, but it had sent the Caldúath flying away.
Firrum had finally broken away and caught sight of what happened. She shielded my Myra and Adriel so long as they stayed in the ring created for them, they could recover.
Yet Adriel had no intention of staying.
Theran had fallen. 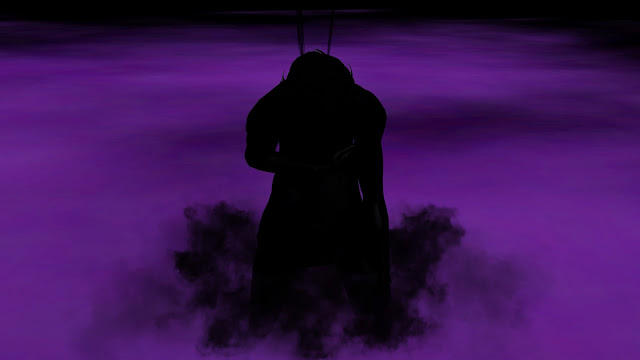 Adriel was nothing without her strength.
She had thrown herself through the middle of the field faster than she had ever moved before. Theran had taken the initial hit that had sent me flying away and he had somehow recovered. I mean, he was my leader for a reason, but even that was impressive. He would’ve been fine to continue dodging if he were on top of his game, but his Adriel was under attack. He had been distracted and taken one too many hits.
By the time Adriel had started running for him he had been knocked down and the enemy was preparing to deal the killing blow. 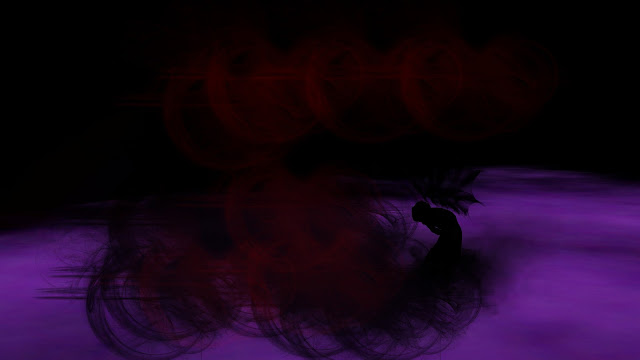 Everyone on the field said her cries to him were louder than even the battle, but he was unresponsive.
Adriel did not have time to cross the field and prepare a shield or even a block against the incoming blow. She did the only thing she could think to: 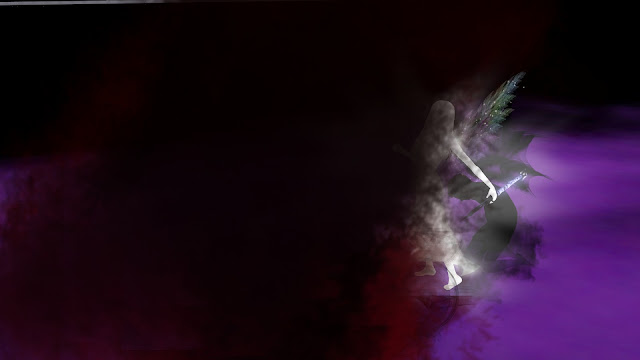 She took the hit herself… 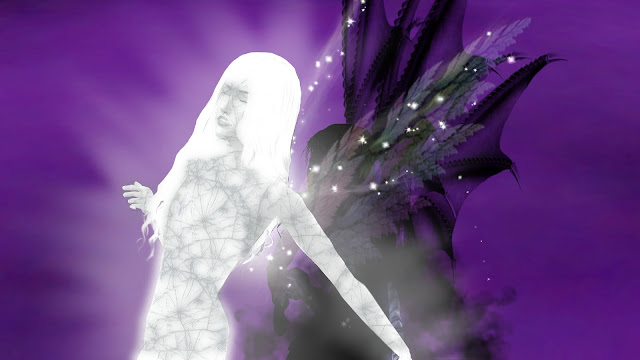 ...and shattered into fragments.
The hit resulted in a massive explosion.
I had come to just in time to be blinded by the brightest explosion I had ever seen, and the shock wave rolled over the battlefield, leaving it in complete silence.
It stunned everyone into a horrifying stillness - even the empties. 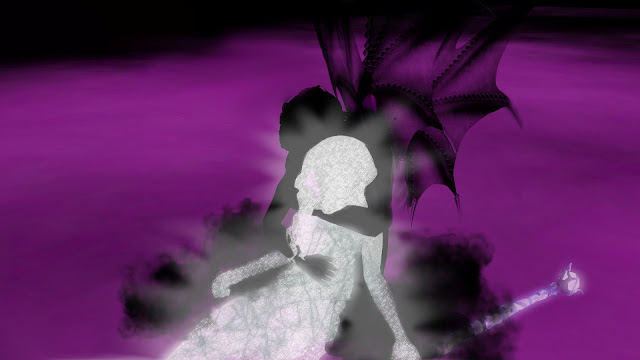 Adriel’s form had fallen and dissolved back into Theran’s arms and for the first time since the hit, something broke the silence.
Theran cried.
The spirit I had never known for feeling deeply or showing his emotions in any way… was sobbing.
And we could feel his pain with every mournful cry. 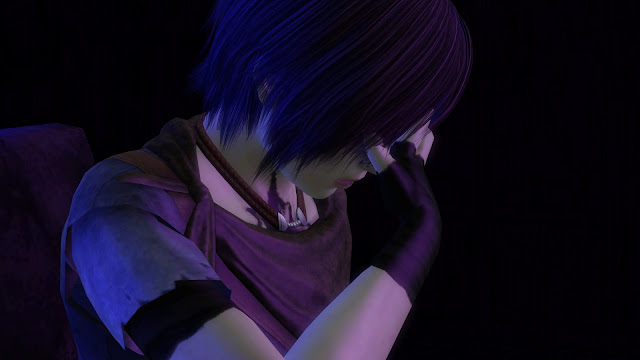 I can’t even begin to tell you how much pain it was, but it overwhelmed me - and it still does to this day.
I had not seen true agony before that moment.
Theran had absorbed the shattered fibers of Adriel, and his form had begun to change. He was… different. 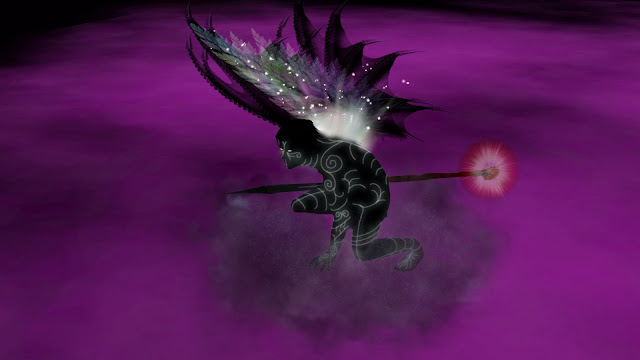 His cries of agony had shifted to cries of anger.
With unmatched speed and strength, he destroyed what remained of the empties single-handedly. He had fought them until only he remained in the battlefield. No one had ever seen him fight with such strength.
He knelt in the wreckage, clutching himself carefully, his emotions entirely overtaking him. His anger had faded leaving nothing but anguish.
He had crumpled into the torment when the impossible began to happen. 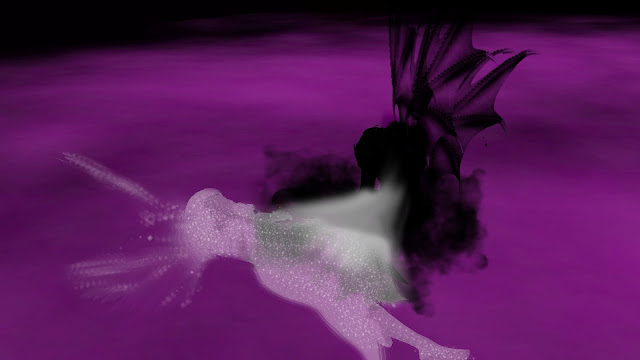 Adriel had begun to reform on the ground in front of Theran.
That blow she endured would’ve killed anyone else.
It should’ve killed her.
Yet what started as embers of glowing dust soon shifted until it was a form.
I remember everyone watched in complete stillness and silence. It would be like watching the dead rise from your burial grounds with no provocation.
It should’ve been impossible, but Adriel was never one to let that stop her before.
She was transparent, but she was there.
Adriel had reached and touched Theran’s face, which woke him from his suffering and he cried with joy and relief.
Without a word to anyone else, he strapped the Caldúath to his back and carried his Adriel off of the battlefield and out of sight. 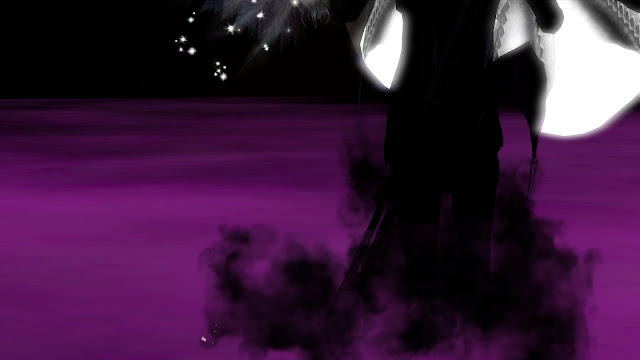 My first thought was we should follow them, but Torig said we should leave them be. Torig would lead the recovery efforts with the rest of the Nine to help him.
We would set up strongly fortified barriers with impenetrable walls around the land we had staked our claim to with this battle, and we named it Atalan. It was an area that would be entirely untouched by the empties and their poison.
It is a place where Firrum planted Adriel’s seed that would grow into you. 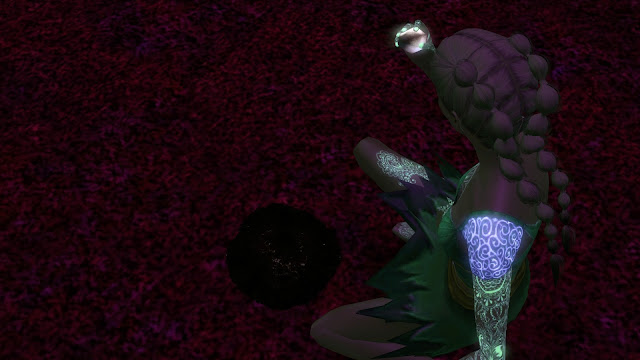 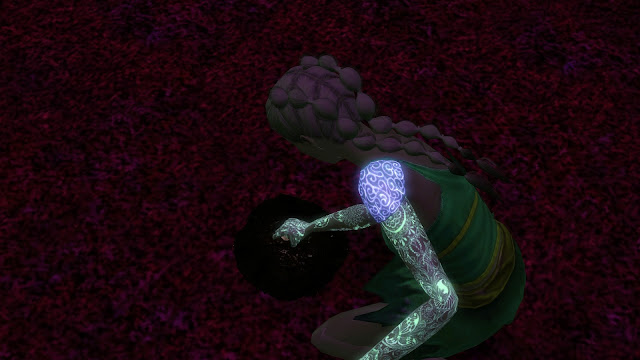 Myra had wanted Adriel to be there to see it, and perhaps she had been… just from a different angle.
Adriel and Theran would return when Adriel was more formed.
She had reformed entirely on her own - the first and only spirit to ever do so. I speculate it has something to do with the strangely strong bond she has with Theran.
This leads us into the real reason why you’re here - the real story you wanted to hear.
This story is almost as hard for me to recount as the tale of the Battle of Atalan. Perhaps we should take a break?
But no… I don’t really want to. It’s best to get it all out of the way at once, even though it hurts. This is the story that’s relevant to you. 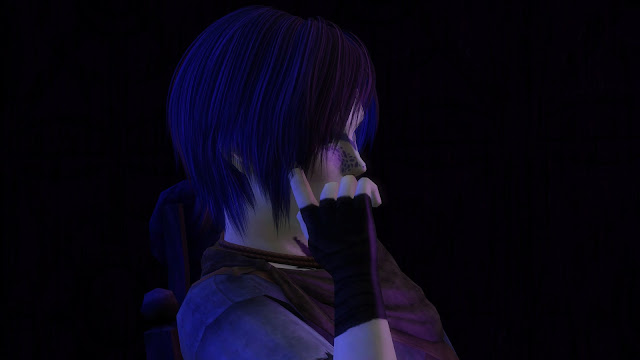 The story of Adriel’s abduction.
What time is it for you mortals? What age is it even? You call those ‘ages’ right? Eras? What’s that?
Oh, and what are those things you call long stretches of time?
There’s Days… months… weeks… and…?
Years! Yes, thank you.
Weeks and months were switched? Oh technicalities! You humans are always so picky about your time-lines. So many frivolous words for frivolous things. Right, it’s days in a week; weeks in a month; months in a year; and years in an era, right? 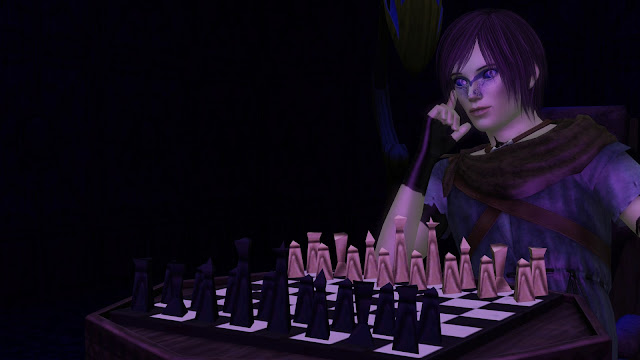 Quaint.
So what Era are you mortals in currently?
The Age of Bones? Well then I suppose it hasn’t been that much time, then, has it? Or maybe it’s been A LOT of time - how would I really know? I have trouble grasping your… time-lines.
Listen, all I know is the story you want to hear begins in the Era of Prophecies in the year 800 and… something? Look I barely grasp your lines. Give me some wiggle room here.
The reason your years are important here is because- 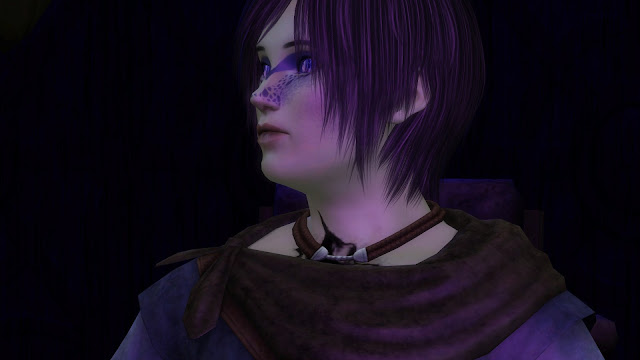 Oh, wait.
Something doesn’t feel right.
No… something isn’t right at all.
This isn’t good.
I’m being called.
I have to go - I have to go take care of something. 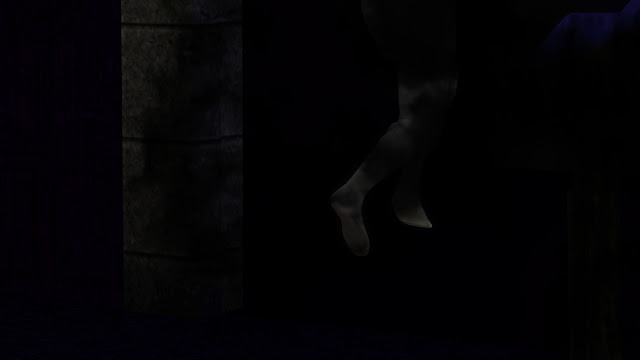 I’ll be right back… just wait right here and… try not to touch anything.